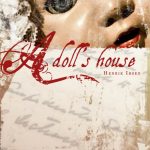 In this essay, I look at Nils Krogstad, a character from Henrik Ibsen’s play A Doll’s House, with the view of him being an “outsider” and how this status is used to expose shortfalls in the society of his time. I will begin with a brief overview of the play and then an in-depth look at the character of Krogstad with a special focus on his motivation for his actions throughout the play. I will finish by looking in detail at one scene, the opening scene of Act 3, in which Mrs. Linde speaks to Krogstad about their past involvement and prospects for the future. Over the course of this essay, I will show that Krogstad is far from the villain you might initially think him and more of a single-minded man of action who is simply responding to the situations he finds himself in.A Doll’s House is a short, three-act play by Henrik Ibsen that tells the story of an ordinary woman, Nora Helmer, who comes to realise that her husband and indeed her marriage are not what she once thought them. (Bradford, 2009a)

When you think of the characters in A Doll’s House it is easy to see Nora as the outsider but to do so would be to ignore a much more interesting character, Nils Krogstad.

“It is true that Krogstad already stood out as a bold and dramatic figure. But how was it possible to feel interested in the frivolous and mendacious heroine…” (Egan, 1973:326)

Egan (1972:7) calls Krogstad “the cynical social pariah” and that he is an outcast from society there can be no doubt, but this “outsider” status is more of an indicator of what is wrong with the society than with the man.

Here is a man who is a single parent of two boys who is totally unsupported by the society he exists in. He has been dealt many blows by life, first by Mrs. Linde who rejected him on financial grounds many years ago (Ibsen, 1998:63), and then by the death of his wife. He has to work multiple jobs to support himself and his family; by day he is a lowly bank clerk and by night he’s a money lender and he even finds time to write for a paper. I think it is understandable that Krogstad might be a little cynical about life which can cause further feelings of alienation. 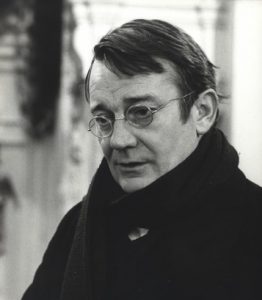 Krogstad’s marginalisation also revolves around a past indiscretion; the crime of forgery. So, as well as being unsupportive, his society can also be viewed as being unforgiving. There is great irony as he is forced to use Nora’s guilt at committing the exact same crime as his to help de-marginalise him (Ibsen, 1998:29). People often find themselves trapped in vicious cycles like this in unforgiving societies.
He is often seen as a bad guy and it is this that I take issue with. Where his ethics may be viewed as somewhat “situational”, with his past involvement with forgery and his present penchant for blackmail, he seems to be primarily driven to these actions by an underlying commitment to responsibility.

“Although on the diabolic side, Nils Krogstad … does not have the same passion for evil as your typical bad guy.” (Bradford 2009b)

The first time we see Krogstad is when he visits the Helmer home to speak to Torvald about bank business. The conversation obviously does not go in the direction he wants it to as he returns a little while later, when Torvald is not there, to speak to Nora. He asks her to use her influence to help him keep his job at the bank because he suspects that Torvald may be thinking of replacing him.
Nora, of course, denies having any influence over her husband to which Krogstad replies:

There is no doubt that Nils Krogstad is an outsider as far as the society that he so much wants to be accepted into is concerned. But where it truly matters, in matters concerning his children, we find the true measure of the man. Nils Krogstad is a good father and is not afraid of doing whatever it takes to make sure his family is secure. When Nora asks Krogstad to show compassion for the sake of “my little children” (Ibsen, 1998:52) Krogstad replies with the question:

Here we have the underlying motivation for all of Krogstad’s deeds. We could all learn something from Krogstad’s single-minded devotion to his family.
It emerges that he is not in it for the money but for the status and the respect:

The injustice of being marginalised in this unforgiving society seems to have finally gotten to him. So many years trying to work his way back into the good graces of his peers to face failure now would be enough to crush some men, but not Krogstad. He’s prepared to come out fighting, but if he is forced to fight he’s going to fight for a real prize:

Even in his anger though, Krogstad shows that he really does not want to do these things, he simply has no choice:

“And don’t forget: it’s him who is forcing me off the straight and narrow again, your own husband! That’s something I’ll never forgive him for.” (Ibsen, 1998:54) 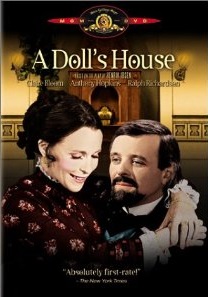 Krogstad’s last appearance in the play is in act 3, scene 1, in which Mrs Linde reveals her true feelings to him and each lay all their cards on the table. Garland (1973) shoots the scene in Krogstad’s house rather than at the Helmer’s which shows Krogstad in a more favourable light as the poor, dimly lit house contrasts starkly with the Helmer’s luxury. Unfortunately, Garland also decided to split the scene in three by cutting it with the scene of the Helmers at the costume party. The scene is much more powerful if viewed as a continuous piece.

With all the deceit from the other characters in the play, this scene comes as a breath of fresh air. We can see some of the emptiness Krogstad carries inside himself when he says:

But when hope shines through the clouds as Mrs. Linde proposes they resume their old relationship Krogstad remains truthful and makes sure she is aware of his past deeds as well as what people think of him. He even makes sure she knows about his current dealings with the Helmer’s, to which she replies:

So, she does see him.

The last exchange between the two serves as a fitting end for Krogstad’s story:

KROGSTAD: I’ll wait for you downstairs.
MRS. LINDE: Yes, do. You must see me home.
KROGSTAD: I’ve never been so incredibly happy before.
(Ibsen, 1998:66)

You get the feeling that Nils Krogstad deserves his happy ending.

There is no doubt that Krogstad is flawed but it’s these flaws that serve to bring the character to life and make him seem human. Despite the financial strain that he found himself under as a single parent Nils Krogstad still brought up his two boys as best he could. And just at the point of getting onto the ladder of social acceptance again, he finds that it is being taken from him. How else would you expect a man of such single-mindedness to react?

Of course, he does whatever it takes to protect his family and himself which in this case turned out to be a spot of blackmail.

When Krogstad sees’s the possibility of a new beginning with Mrs. Linde you can see the true man emerge from beneath the weight of oppression. Egan put it well when he said:

“Krogstad alone emerged relatively unscathed – he, at least, declared Truth, behaved (in the end) like a gentleman.” (Egan, 1972:7)

I am of the view that, when talking about Krogstad, the Devil really isn’t as black as he is painted.

Ultimately, he is a man I can identify with in many ways. By putting myself in his situation I can look with fresh eyes on my own role as a parent. Would I be prepared to do whatever it takes to ensure the welfare of my little ones? I would have to answer with a most definite yes.